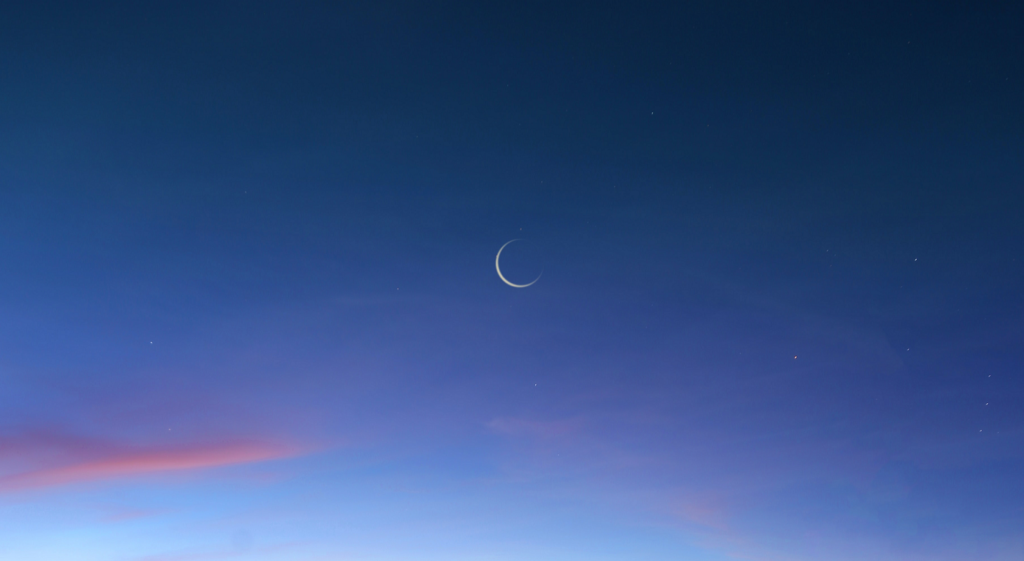 An isolated life is a vulnerable one

The formation of Kemadruma Yoga is easy to understand – it occurs when the Moon has no planets in the houses on each side of it. In other words, no planets in the 2nd or 12th from it. This is one of the lunar yogas known for causing a host of difficulties, but it can also offer some unique strengths. Here is the classical description of it:

“One born in Kemadruma Yoga, though born in a princely race, becomes obscure, inimically disposed, miserable, reproached; and bereft of intelligence and learning. Given to base ways and wickedly inclined, one falls from his religion. One is reduced to penury and perils, drudging as a menial and wandering, as well as being deprived of livelihood, wife, children, residence, robes, friends, food and drink. The native suffers extreme difficulties, sickness and filthiness.”

Gotta love the classical descriptions! That description reveals just how worse conditions were a thousand years ago if one had a difficult life. But, what Saravali described above is the destitution one can find themselves in if they have no stability or associations.

Since I have this yoga with 3 or 4 mitigations, I have some perspective on how this yoga feels with some help. I’ll offer some of my own experiences.

The Moon, with all its phases, has a changeable nature that works best when it’s anchored/supported. Making progress in life depends so much on focusing our attention on something. When someone is unable to hold focus long enough to reach an objective, they’re left with nothing while they jump from one thing to the next.

Without any cancellations, this yoga hurts the mind’s ability to focus or have a sense of direction. This can lead to being a perpetual drifter, living aimlessly, and struggling to gain security.

Another effect of this yoga is a lack of support and the tendency to become isolated. A person’s greatest resource are the people they have in their lives. No one ever becomes truly destitute unless they have no connections or family. When this yoga is formed without any of the cancellations then difficult situations can quickly become ruinous – as Saravali described in his bleak definition of this yoga. It is as though a person has nothing to stand on.

The Moon represents the mother, and traditionally, mothers made most of the closer family connections or kept the strength of the bond with extended family members. So, this can also indicate having a mother who struggled with those things. A mother with friends and family means more friends, family, and support for her kids. But you’ll need to judge the moon otherwise, and the severity of Kemadruma.

Since I have this yoga, I can’t help but think about how isolated my mother was. Growing up, we moved away from everyone we knew multiple times. We lived in 11 different homes by the time I was 15, so you can see how life experiences set the stage for those wandering, unanchored feelings. It always felt like me, my mom, and two brothers were alone on an island. Granted, there are other things in my chart contributing to this, but I see it come up for others with kemadruma.

There are so many ways that this yoga can be helped that it is almost rare to see people without any cancellations. However, “cancellation” really isn’t the best word, as these special rules only help reduce the severity. The more one has, the more the effects of Kemadruma are reduced. The planets “canceling” the Kemadruma Yoga are what a person relies on in order to keep themselves balanced.

Here are the special rules for cancellation/mitigation:

1. A planet, (other than the Sun, Rahu or Ketu) in an angle from the Moon

This is the most helpful cancellation. The planet on an angle from the Moon stabilizes and focuses the mind. A planet in the 4th or 10th from the Moon does this particularly well, and is the next best thing to having a planet in the 2nd or 12th. Angles include the 1st from the moon (conjunct). Though these planets influence one less than if they were in the 2nd or 12th from the moon, they’re still significant.

2. A planet, other than the Sun, Rahu or Ketu, in the 2nd or 12th sign from the sign of the Moon’s navamsa

As an example, if the Moon is in the navamsa of Aries, one of Mars, Mercury, Jupiter, Venus or Saturn in Pisces or Taurus in the sign would cancel Kemadruma Yoga. Some sources actually consider the planets in the 2nd and 12th sign from the Moon’s navamsa to form Anapha, Sunapha and Durudhara Yogas. These planets, however, give somewhat lesser Lunar Yoga effects than planets that are actually placed in the 2nd and 12th from the Moon.

3. The Moon in an angle and aspected by one of Mercury,Jupiter or Venus.

The Moon in an angle gives some focus and direction to the mind that prevents the lack of focus and concentration of Kemadruma Yoga. The aspect of a benefic further directs the mind, and that with a positive attitude. In this case the mind is primarily directed towards the indications of the angular house it occupies.

4. The Moon aspected by all of Mars, Mercury, Jupiter, Venus and Saturn.

5. Any planet, other than Rahu or Ketu, on an angle from the lagna.

Any planet on an angle serves to focus and direct a person. Though some fickleness and unfocused traits are present, these planets can avert the troublesome effects of Kemadruma Yoga. Whichever planet is in an angle gives insight into the specific things that ground a person’s mind.

The serious negativity of Kemadruma Yoga is reduced when the moon is full (has to be a benefic waxing moon, not starting to wane). The mind is still fickle and less focused than ideal, but not so full of unfulfilled longings that it completely disrupts life and hinders growth.

You won’t see a lot of celebrities with this yoga. When you do find it in the charts of famous people, they tend to be more introspective or eccentric ones, with careers that allow time away from the public eye. But, of course when you’re dealing with charts that have combinations for wealth and fame, you’ll find exceptions. The following people have kemadruma, with a lot of mitigations:

Like all afflictions, awareness is the first remedy. A person needs awareness of their fickleness, obscurity, or how their isolation affects their life. Those without some good cancellations should make a conscious effort to strengthen their social connections and support systems. This is the Moon, so I’m talking about real bonds with people, not having casual friends. If this isn’t prioritized, then resources, safety nets, and emotional support dwindle over time.

As mentioned, a lack of focus is another problem. Despite my cancellations, I have never been able to concentrate well. My mind is always off in its own orbit, with a few things keeping me focused: passion, vision, desires, duty. Perhaps Kemadruma reduces “overall focus” and cancellations cause one to hyperfocus where the cancellation is occurring, because I can really focus on what interests me.

So, those with this yoga need to identify their anchors and simplify their lives. They will not be able to keep up with much other than the planet(s) mitigating the yoga. Because the moon has a cyclical nature, it helps these people to develop a rhythm (routine) to their life that grounds them and offers a sense of security.

Alright, I’ve reached my focusing limit for this article. 😉