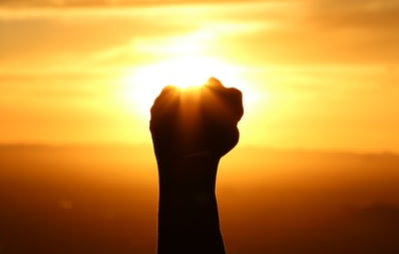 “Hit the earth like an astroid, did nothing but shoot for the moon since. ” – Eminem

I’ve always been inspired by underdog stories. I think they’re the most captivating heroic archetypes. Would you rather hear about the success of a prince, born into a plush life, or the lowly mercenary who rose to be the greatest/most renowned war hero in the land? Personal struggles give depth to a person’s character, and I think that’s what makes life interesting.

Neecha Banga Raja Yoga gives the quality of churning hardship into success. This is the yoga we see in many rags-to-riches stories or those whose strength comes from their suffering. To have this yoga, there needs to be a debilitated planet in the chart, along with a few other criteria.

When I heard this song by Eminem (embedded below), I knew he must have Neecha Banga Raja Yoga. In fact, many of his songs capture the feeling of this yoga. Whether or not you like his music or personality, there’s no denying the strong theme of transforming pain and adversity into fuel and drive to succeed.

Not surprisingly, Eminem has not one, but three debilitated planets creating three of these yogas. His ascendant lord, Jupiter, as well as his Sun and Venus.

Eminem was a fatherless child, who came from a dysfunctional and impoverished background. He’s been fighting all his life, starting as young as 9 years old. He had repetitive experiences with being bullied, resulting in a coma, concussion, a broken nose, and suffering other injuries on different occasions. He felt scrawny and had no personal power or respect. As a kid, he would write letters to his estranged father, who would send them back to him, unopened.

As he grew up, he became obsessed with a desire for personal kingship. He was also hellbent on being a dedicated father. That is one difference between a regular suffering planet and one causing neecha banga: a fixation with having that suffering planet restored/healed/compensated for.

One of the following criteria must be in the chart:

Any one of the above criteria will give the yoga, but I find that the more one has, the stronger it is.

When you analyze this yoga in a chart, it’s important to remember that it’s not the debilitated planet that is causing the success. It is the planet ruling the debilitated planet, or the planet ruling its exaltation sign (whichever ones are on angles per the above technique). Obviously, the strength of those ruling planets will determine how much power they have to help.

I think his quote captures a lot “Hit the earth like an asteroid, did nothing but shoot for the moon since.” Some people suffer, or are born into difficult circumstances but can only see the crater and the fire around them. Other people can see beyond their circumstances, and use their metaphorical crater as a launching pad for something greater. That is how this raja yoga works.

Even though only a debilitated planet can cause Neecha Banga Raja Yoga, I’d like to mention that I find you can apply the above technique to any suffering planet, and it gains motivation to be better.

But does this yoga have to be so…angry, as this song might convey? I don’t think it necessarily has to be. But remember, the drive comes from suffering/pain, and unresolved pain turns into anger. However, when properly dealt with, there is so much passion that can come from that emotion.

These lyrics contains language/curse words not suitable for young viewers. This song Not Afraid is another good one, but same language warning.

The relentless inner/external battle is what life is all about in my humble opinion!

“Death is a stripping away of all that is not you. The secret of life is to “die before you die” — and find that there is no death.