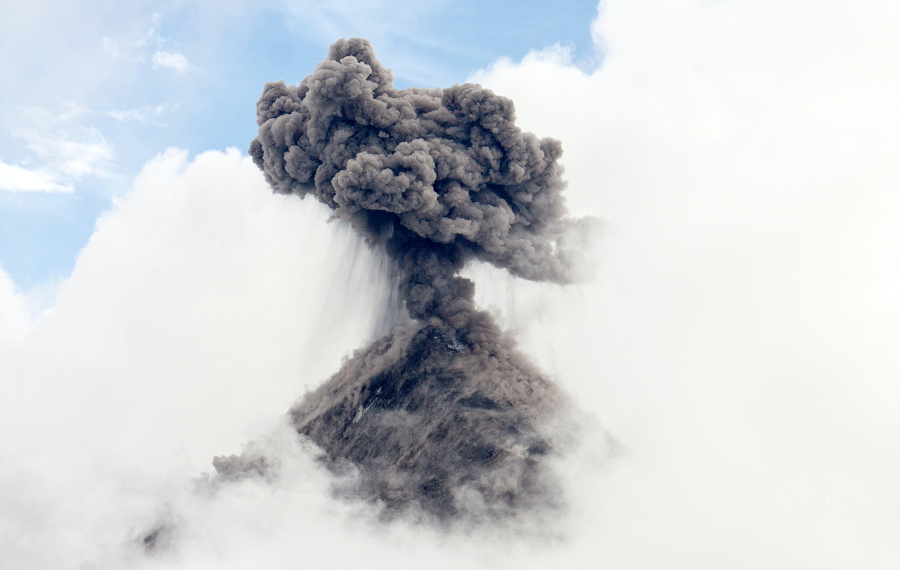 Just like the unpredictable flow of lava, mismanaged anger distorts everything in its path

The most basic condition for happiness is freedom, but that doesn’t just mean civil liberties and the freedom to be ourselves. It also includes freedom from mental afflictions, which when not tended to, can make us feel trapped in a personal hell. Anger is difficult because though it often originates from pain, just like sadness, no one is sympathetic to an angry person. I’ve been around anger my whole life – I grew inside a fiery womb and ever since crossing into this world I’ve had the fate of being in close quarters with chronic irritability to plain ‘ol rage.

You don’t have to have something “wrong” with you to struggle with anger. Over time, anyone can become angry if they’ve suffered enough. Heck – it doesn’t even need to be about suffering, but how tested you are. It’s easy to be calm and cool when you’re in a chill environment and your needs are met. You won’t know your capacity to address anger until the pressure is on.

Despite the normalcy of anger in my upbringing, it didn’t latch onto my personality. I was known as “patient and soothing.” However, once I reached a phase of life that became frustrating, overburdened, or repeatedly antagonized – anger began to surface. At that point, patience flew far away, and I was the one needing to be soothed. And to my great distress, there were times when being angry started to become part of daily life, just like my childhood.

The negative and positive seeds in a person are ever-present, and they all take root in the way we live our daily lives. Those seeds of anger or any negative emotion need your tender care and attention. They need attention. I hope you’ll find something helpful written here on how to transmute anger.

The Root of Anger

Every person can justify their reason for being angry. Whether our anger is justified is not the issue, but how it’s handled and the effect it has on our spirit/mind/body.

I like Om Swami’s onion analogy for understanding the 8 stages of anger. Just like a stinking raw onion, the truth of this may be hard to swallow.

Think of anger as an onion for a moment. The outermost layer is anger (krodha). Next is frustration (kuntha) and inconvenience (kashta). Beneath the second layer you’ll find hurt (aghata). After hurt is expectation (asha). Peel off expectation and you’ll discover a sense of entitlement (adhikara). Just after entitlement is the layer of attachment (anuraga). Go further and you’ll find ignorance (agyanta). This onion, nurtured in the manure of wrong ideas (avidya) and tilled by self-centeredness (svartha), grows in the soil of ego (ahamkara).

As long as even one layer of this onion is present, it’s enough to fill the room with a strong smell and make you cry. You can chop, slice, or dice it, the smell remains. Either, cook it in love, forgiveness and patience, and it gets better, edible, even tastier. Or, get rid of it all together. For, in its raw form the onion of anger remains pungent and lachrymal.

Peeling back all those layers can take lifetimes of work. But, having the right view of the originals of anger and how it unfolds is helpful in dealing with it.

For a long time, I didn’t know how to express anger. I think I was punished for expressing it. So, I ended up never expressing it, until an explosion eventually happened. While it isn’t good to repress anger, letting it out in a reactionary way doesn’t feel good either. Ultimately, it’s having our feelings acknowledged and understood that feels good – not erupting. Exploding leaves us feeling shaken and regretful. Expressing anger in a way that gets understood and heard can only be done from a place of mindfulness. With self-awareness, we switch from reacting out of anger to taking care of anger.

Soothing your anger with the tender embrace of mindfulness does wonders. When we first experience anger, the first instinct is to retaliate or lash out at the person who made us angry. When you’re angry, think of it as your house is on fire. This is a great analogy by Thich Nhat Hanh: If your house caught fire, would you run after the arsonist, or would you do your best to put your fire out? We have to think of ourselves first when we’re angry and take care of that howling baby inside us. If instead, we argue, punish, or continue to negatively interact, we’re chasing the arsonist while letting our house continue to burn down. And that is exactly how it feels on a physical/emotional level.

The Buddha gave practical and effective guidance for smoldering the flames of anger: mindful breathing, mindful walking, as well as looking deeply into our perceptions and sources of anger. That really is the bulk of the work. Mismanaging anger is a habit that gets changed through practice and exercise. These efforts become expedited when we learn to empathize with the suffering of an angry person, and when we learn to compassionately listen instead of getting defensive.

Have you noticed how addicted people seem to be to outrage? If you’ve spent any time on the internet, there’s no escaping it. News outlets make a living out of selling outrage every day. It’s grown to the point where people genuinely think issues cannot be resolved without anger and outrage. People are quick to throw out peace and diplomatic efforts for insults, finger-pointing, and shouting. What’s funny is that the energy of anger devours logic and reasoning. Problems can’t be effectively dealt with under its influence.

But my point is, be mindful of what you consume. We take on so much extra agitation just through osmosis. Since we’re constantly assimilating everything and absorbing it into our emotional/energetic field, we have to be choosy about what we take in.

Consumption includes what we put into our bodies. When anger becomes chronic and starts to feel like the baseline mood, there’s always internal toxicity (main culprits being smoking or drinking) that exasperates the issue.

If anger is a persistent energy in your life, then time should be set aside for lowering your inner “thermostat.” This means taking more time to relax and releasing tension. Most people benefit from choosing a few things to give less of a crap about – whether it’s other people’s opinions, expectations, rejection, various disappointments, etc. Only by understanding your anger triggers can you start taking care of it.

It is the Sun that allows an individual to make the personal sacrifices that truly make a person great – an individual greater than their personality.